Rad de La’rel is about to sign a trade agreement with the devious Fendonians when he is captured by sky pirates. Sold into slavery, he becomes a pawn to the all-conquering dragonlords of Udari. When he returns to Quentaris, it has been invaded by the very creatures Rad has escaped from. Worse – nearly every citizen is wearing a slave’s neck collar. Can the famous Quentaran rift guide release his people from the grip of the invaders? 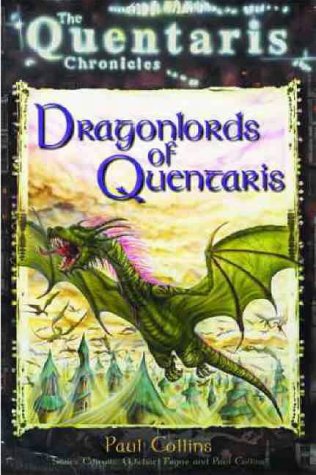 Dragonlords of Quentaris is available for purchase in Paul Collins' online book shop.