Paul Collins has written many books, mostly for younger readers through to young adults. He is best known for his fantasy and science fiction titles: The Jelindel Chronicles (Dragonlinks, Dragonfang, Dragonsight and Wardragon), and The Quentaris Chronicles ─ co-edited with Michael Pryor ─ (Paul wrote: Swords of Quentaris, Slaves of Quentaris, Dragonlords of Quentaris, Princess of Shadows, The Forgotten Prince, Vampires of Quentaris and The Spell of Undoing). His trilogy published in America by TOR was The Earthborn Wars (The Earthborn, The Skyborn and The Hiveborn).

Paul has edited many anthologies which include Trust Me!, Metaworlds, Rich & Rare and Australia’s first fantasy anthology, Dream Weavers. He also edited The MUP Encyclopaedia of Australian SF&F.

Paul has been short-listed for many awards and has won the Inaugural Peter McNamara and the A Bertram Chandler awards, both of which were for lifetime achievement in science fiction, and the Aurealis and William Atheling awards.

Paul’s adult books are the anthology The Government in Exile and Cyberskin. His adult horror novel, The Beckoning, Damnation Books (US) is available from Paul’s online shop.

Other than his writing, Paul is the publisher at Ford Street Publishing, publishing everything from picture books through to young adult literature, and he manages Creative Net, a speakers’ agency.

1980s — 2000s a handful of nominations for Best Editor and Best Short Fiction in the Australian SF Achievement Awards.

1999 — Winner William Atheling Award for editing The MUP Encyclopaedia of Australian Science Fiction and Fantasy and shortlisted for the Aurealis Convenors’ Award.

2001— Winner of the Aurealis Convenors’ Award (With Co-editor Meredith Costain) for Spinouts Bronze published by Pearson Education. Joint winner was Shaun Tan for The Lost Thing.

2002 — Winner of the inaugural Peter McNamara Award for lifetime achievement in SF.

2009 — Morgassa’s Folly (in collaboration with Danny Willis), shortlisted for the Chronos Award.

2010 — The Slightly Skewed Life of Toby Chrysler, shortlisted for The Speech Pathology Award.

2010 — Slaves of Quentaris, shortlisted for the WAYRBA awards.

2011— The Glasshouse (illustrated by Jo Thompson) chosen by international IBBY as an Outstanding Book; shortlisted for the CBC’s Crichton Award.

2011— Awarded the A Bertram Chandler Award for Lifetime Achievement in Australian Science Fiction.

2013 — The Only Game in the Galaxy, shortlisted in the Ditmar awards.

2013 — Lucy Lee in the Legends in their own Lunchbox series (six titles), shortlisted in the APA Educational Publishing Awards.

2015 — The Beckoning, shortlisted for both the Ditmar and Chronos awards.

2022 — Awarded the Leila St John Award in recognition of his services to children’s literature by the Victorian Branch of the Children’s Book Council of Australia. 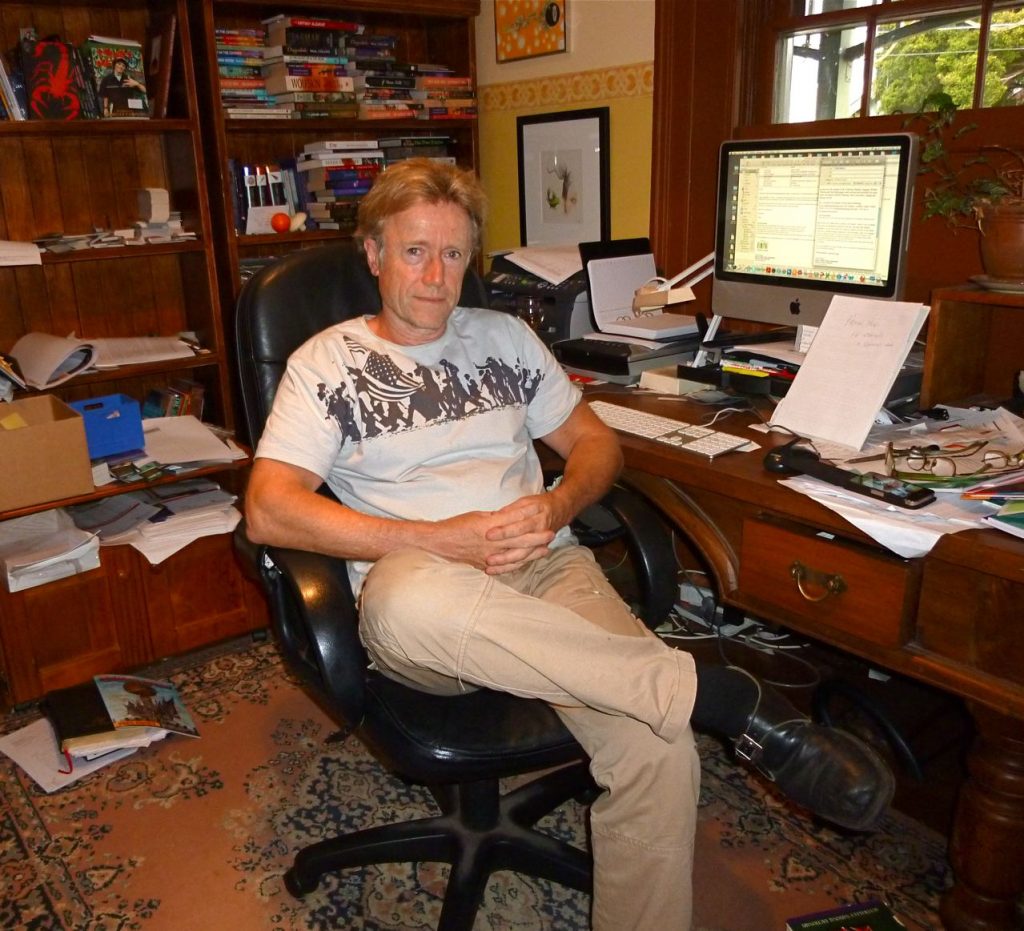