Book 3 in The Jelindel Chronicles

The action never stops in Dragonsight. Countess Jelindel dek Mediesar, Daretor and Zimak are sent on a desperate quest to recover a stolen jade talisman called the dragonsight. With a slow-acting poison ticking through their veins, they have only six weeks to fi nd the talisman and take the antidote. There’s magic and mayhem aplenty as they’re hunted through the paraworlds, before the final violent confrontation at the Tower Inviolate. And then in sight of their goal, the ultimate treachery. A terrific page-turner, crammed full of action, intrigue and lashings of magic. 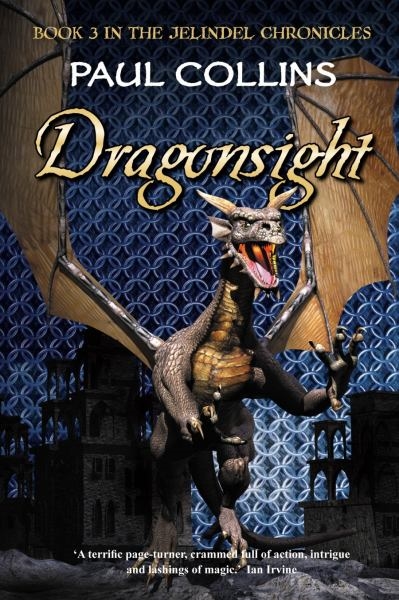