Yukin and his mate, Yulen, flee their campsite when the Akcarum slave-traders attack. Unable to escape, they are caught and transported to Quentaris. On their journey through the rift caves, Yukin discovers a power that taps into the senses of insects and animals. But can it save them in time? 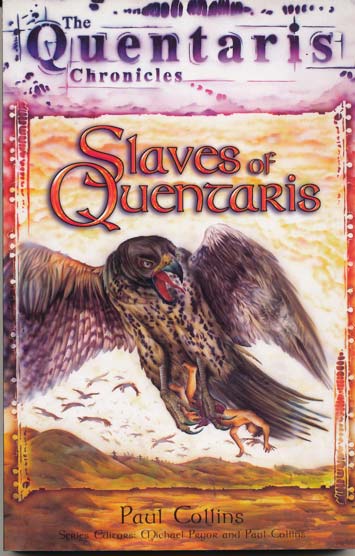 Slaves of Quentaris is available for purchase in Paul Collins' online book shop.