Quentaris is at war with Tolrush, draining the city of every able-bodied fighter. Famous Quentaran rift guide, Rad de La’rel, is shocked to discover that his beloved city has been left wide open to attack by vampires. Other cities have already fallen to the scourge and Quentaris is next in line.

Rad prepares Quentaris for its greatest onslaught yet. But how can a ragtag army stop vampires who suck the souls from their victims, leaving zombie-like remains? Quentaris is fast filling up with the walking dead… 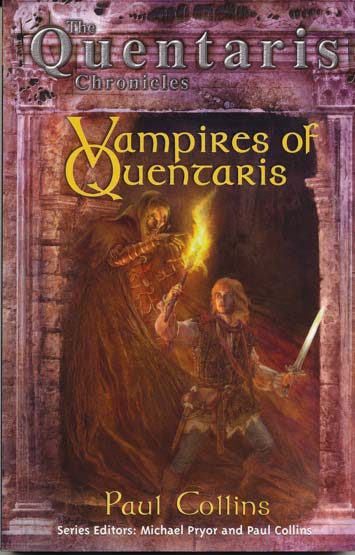 Vampires of Quentaris is available for purchase in Paul Collins' online book shop.