The Spell of Undoing

Calamity has befallen the city of Quentaris! Due to a vengeful plot by warlike Tolrush (which backfires), Quentaris is uprooted—city, cliff-face, harbour and all—and hurled into the uncharted rift-maze. Lost and adrift in this endless labyrinth of parallel universes, encountering both friend and foe and facing unknown dangers, Quentaris must somehow forge a new identity and find its way home.

But there are other surprises, too. When Quentaris gets over its shock, it discovers that it’s not only lost in some other universe, but now it is a floating city, adrift high above an unknown land, at the mercy of the winds. 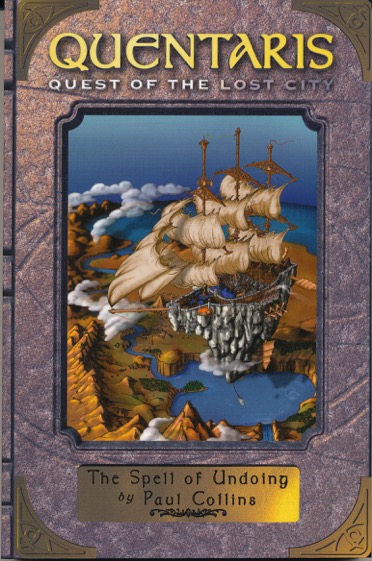 The Spell of Undoing is available for purchase in Paul Collins' online book shop.

Buy The Spell of Undoing