Book 2 in The Earthborn Wars

After the crash of the ship Colony, 14-year-old Welkin was left for dead on the inhospitable landscape of a ravaged Earth. After being rescued by a gang of Earthborn, Welkin proves his value and becomes a trusted member of the Family.

But existence is still hand to mouth. The nuclear ravaged landscape is hardly more than a vast wasteland. Dangers from bands of mutants threaten continually. As does the ominous presence of Colony itself. Inside the grounded starship Skyborn inhabitants feed on their hatred of the Earthborn.

When on routine patrol a Colony scout is captured by the Family, he reveals a secret: authorities onboard Colony have regrouped and mean to launch a final assault-to rid the Earth of the “savage” Earthborn for ever. But even Welkin – armed with his knowledge of Skyborn ways and methods – could never have been prepared for what he finds.

Collins trains an unflinching gaze on classic science fiction themes. Welkin’s gritty adventures to challenge his faith in vision of the Skyborn and land him a battle to save cilvilisation on Earth. The pace moves quickly...

Collins...successfully puts his stamp on the post-disaster genre with this energetic, colourfully detailed young-adult actioner. 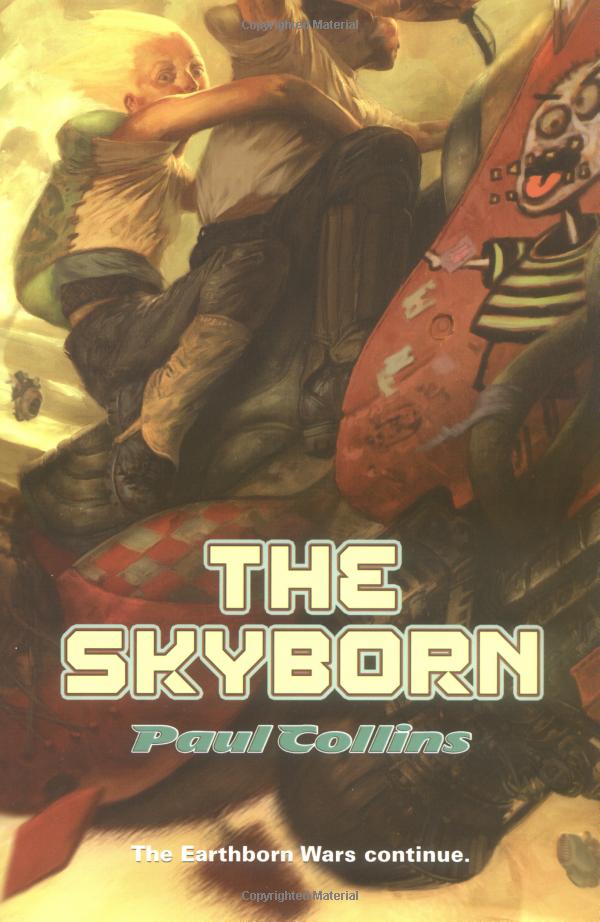 The Skyborn is available for purchase in Paul Collins' online book shop.