Book 3 in The Earthborn Wars

Welkin Quinn and his small community of Earthborn and Skyborn survivors face the vastly superior technology of the Hiveborn – an ancient race of parasitic aliens.

The Hiveborn possess the humans they encounter, turning them into automata, thoughtless zombies who follow the singular will of the Hiveborn Queen: this ruler is the source of the implacable Hivemind, the consciousness that desires universal domination. To survive, the human resistance is forced to leave the bowels of the New Zealand mine they call home. Their special-ops forces take the fight to the Hiveborn base centred in post-apocalyptic Melbourne, and finally to space itself.

Collins weaves a fast-paced, unpretentious narrative, particularly aimed at younger readers, culminating in a dramatic conclusion with the Hiveborn Queen.

For SF enthusiasts this will be compelling reading

Collins creates an epic, action-packed finale to his trilogy.

...exciting and fast-paced saga of conflict...The Hiveborn is an exciting science fiction adventure. 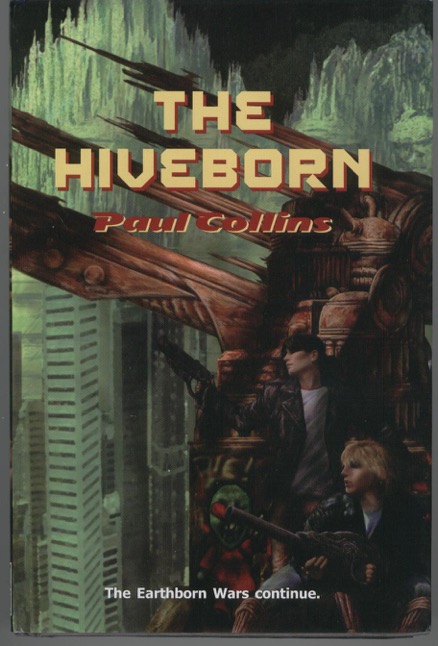 The Hiveborn is available for purchase in Paul Collins' online book shop.