Book 2 in The World of Grrym

Allira Hart’s ‘gift’ has saved her from certain death. But now she has to open the Rainbow Gate to gain entry to the world of Grrym where her grandfather, Fergus, is being held captive.

But that’s the easy part. On her arrival she must somehow muster all nine goblin kingdoms to fight a common enemy: Morgassa the Fierce and her legion of blood troll mercenaries, ogres, dark goblins, spirit spiders and wizards. 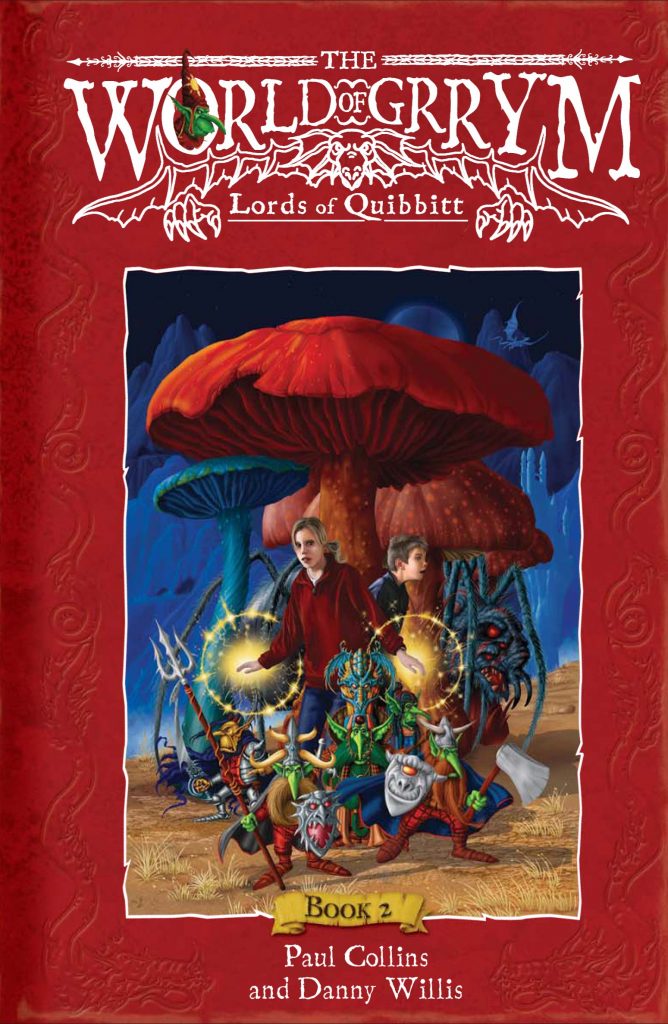 Lords of Quibbitt is available for purchase in Paul Collins' online book shop.