Here are some of my latest titles. The plays were published by Pearson and the collections are from Scholastic. 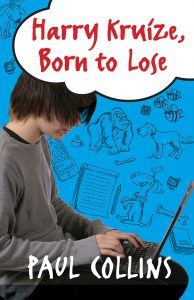 Harry’s mum runs a boarding house for transient old men who are down on their luck. To counter his frustration and anger, Harry longs for the companionship of a dog. The Annual Gala at school features a dog hurdle race and more than anything in the world Harry would love to enter a dog into that race and win it. Such a win would give him a sense of worth and belonging.

A new lodger, Jack Ellis, befriends Harry and shares a wealth of outback adventure stories featuring dogs with him. 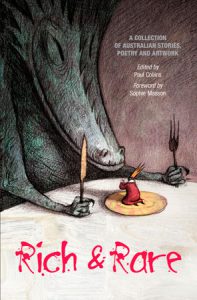 A smorgasbord of original stories, poems and art by leading Australian authors, poets and illustrators.A collector of computer games, a knitting needle ninja, a violin that comes to life, a cat with many names, a love that cannot be bought, a prince who finds a friend, an alien invasion …
Welcome to a world of ‘beauty rich and rare’, a world of natural (and unnatural) gifts on every page – from humour to horror, thriller to fantasy – encompassing the past, the present and the future.
Our ‘young and free’ creators include: Michael Gerard Bauer, Gary Crew, Justin D’Ath, Scot Gardner, Kerry Greenwood, Libby Hathorn, Leigh Hobbs, Sofie Laguna, Kirsty Murray, James Roy, Shaun Tan and Gabrielle Wang. 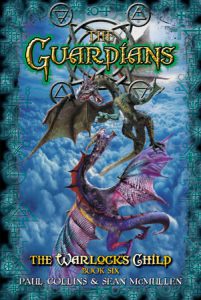 Calbaras has knowledge that the dragons of Dracondas desperately want. As payment, they are willing to grant him his wish to become the greatest warlock of all time.
But can Calbaras handle this power? Or will it ultimately destroy him?

Although Dantar is able to shapeshift into dragon form, he still thinks like a rebellious teenager. His sister Velza has been given the ultimate gift by the dragons of Dracondas – the mind of a dragon. Now they must combine their gifts to stop the most powerful warlock of all time from casting his doomsday spell. 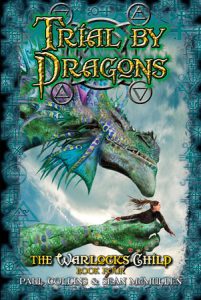 It’s hard to save the world when you are in jail. Dantar and Velza, children of the warlock Calbaras, need to escape from jails six hundred miles apart to stop their father unleashing a catastrophically dangerous spell. Both will soon learn that they are not just special, they are also very dangerous.